The problem: Although bathtubs can be a nice feature when bathing small children they can be a major source of danger for an older adult. Trying to step over the tub rail (which in some cases can be up to 20” high) into a wet tub/shower area has resulted in many injuries (especially for those with mobility challenges). Such was the case for an older man in his 60’s living in Grove City Ohio (a suburb of Columbus). His daughter contacted The Bath Doctor and Columbus Glass Block for some input and advice on how to not only make the existing shower area safer but also to add style and improve the value of the home as well. 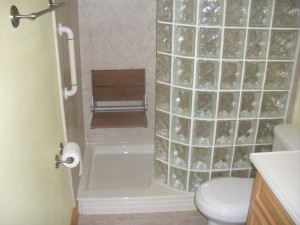 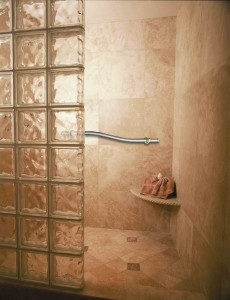 Showers and bathtubs can be dangerous places for most anyone. Climbing over a bathtub rail, water and soap on the floor, a dark shower area which limits visibility are just a few common problems. How do you solve these challenges and create a relaxing, inviting shower which is safe as well? Read on to learn how: