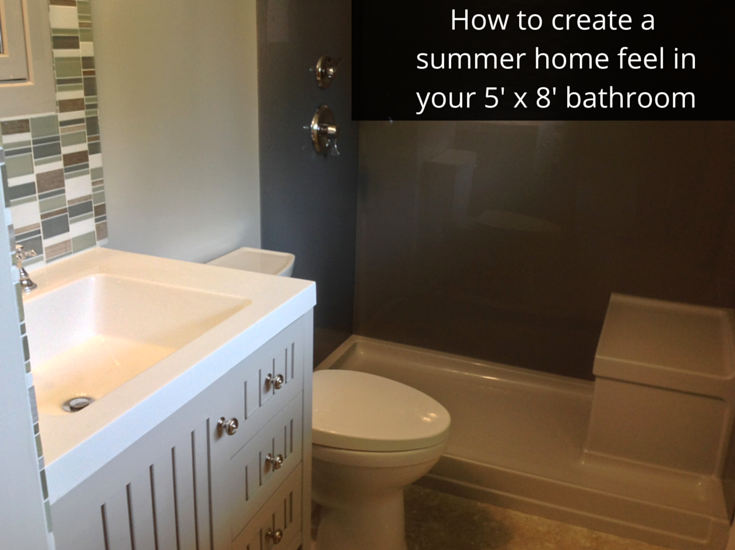 Wouldn’t it be cool to feel like you’re enjoying a “summer home” every day you step into your bathroom? While most of us love the idea of owning a summer home many things get into the way (kids, college expenses, health care costs etc.). But what if you get a summer home ambiance – even in your standard 5’ x 8’ bathroom you use every day?

This was the vision of a progressive Columbus Ohio couple when they bought a traditional ranch home about 2 years ago. In the short run this home would provide a place for their daughter, future son in law and grandchild to stay until their careers took them elsewhere. In the long run this home would not only be a comfortable place to retire, but also a place to relax and enjoy – just like being at a summer home (even during the cold Central Ohio winters!).

So how did they create a summer home ambiance in their 5’ x 8’ bathroom? Let’s take a look at the key design concepts and products used. 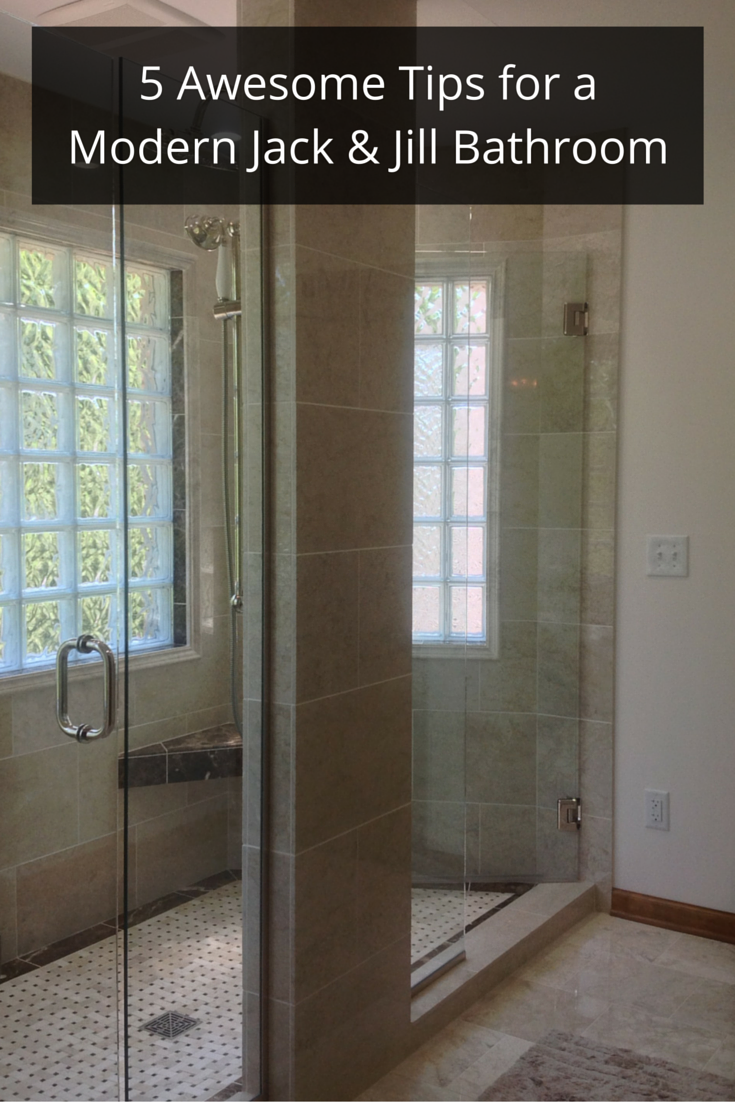 If you have a 13 year old daughter and a 17 year old son (like Ben and Melodee Diss of Powell Ohio – and also me!) you know a shared Jack and Jill style bathroom has the potential to turn into a major battleground for a brother and sister (especially if they need to use the space at the same time!). So what’s a family to do to make this room work efficiently and maximize the style, personal space and privacy of the kids using it? Let’s first take a look back at the Jack and Jill bathroom and then step forward (using this project) as an example of how to make it better for today’s modern family.

In the 1970’s when the Brady Bunch was popular (I might be dating myself with this reference) a hot home design concept was the idea of the “Jack and Jill bathroom.” This popular 70’s show which featured a newly blended family with 3 boys and 3 girls had the ultimate in a shared bathroom. The kids used a common space known as a “Jack and Jill” bathroom. In it’s basic form the Jack and Jill bathroom is a shared space between two bedrooms and has a locked door on each side. When someone is taking a shower or using the toilet they can lock both inner doors for privacy. In addition when a family member does not need complete privacy (for example when using the vanity sinks) the space can be shared.

While the shared, functional and stripped down bathroom might have worked for the Brady Bunch in the 70’s most people (and their kids especially) don’t want to live this communally today. We are used to nicer and more luxurious bathrooms and if the Diss’ kids (Alex and Angie) are anything like my 17 and 13 year old son and daughter (Parker and Jade) the less space they have to share with their sibling the better (my 13 year old daughter doesn’t want her brother checking out her stuff in the bathroom and I’m sure my 17 year old son feels the same way!).

So while the efficient 1970’s concept of the Jack and Jill bathroom still makes sense – it does need some alterations to fit today’s family. Let’s take a look at 5 cool tips the Diss family used (in conjunction with their remodeling contractor Mike Cheeseman Builders) to modernize and privatize a Jack and Jill bathroom. 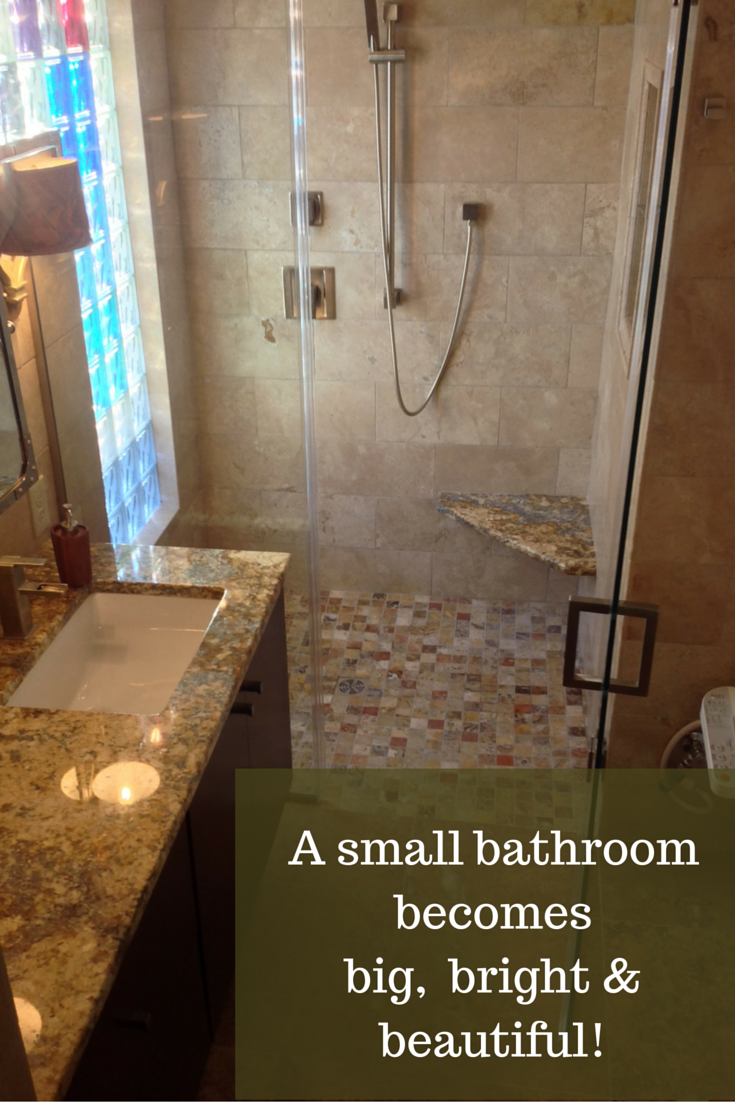 It’s easy to have a bathroom which lives big, bright and beautiful when you have tons of space. The question becomes how can you design a small bathroom to create this same sense of beauty, space and function? This was the challenge facing Don Laufersweiler (of Columbus Ohio) when he decided to remodel and convert his poorly functioning existing “Jack and Jill” bathroom into a comfortable luxury master bath. 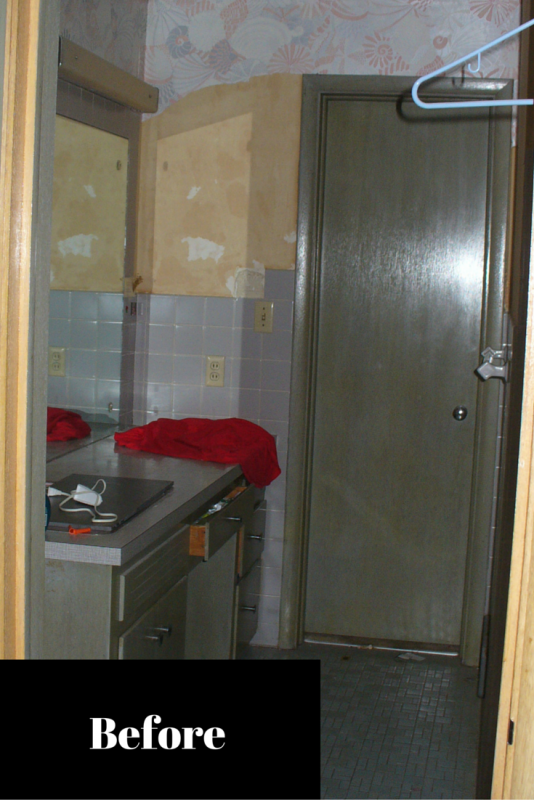 As Don said to me, “My goal is to leave this house feet first – and I needed to design a bathroom I would love and would work for me for years to come.” Let’s see how Don (in conjunction with his custom craftsman and contractor Al Barnes) were able to design and build a master bathroom which lives big, shines bright and offers distinctive beauty – all in a 5’ x 8’ space.