Bathroom remodeling – part preparation, inspiration with a dash of improvisation!

Written by Mike Foti on May 16, 2014. Posted in Bathroom Remodeling, Glass Block. 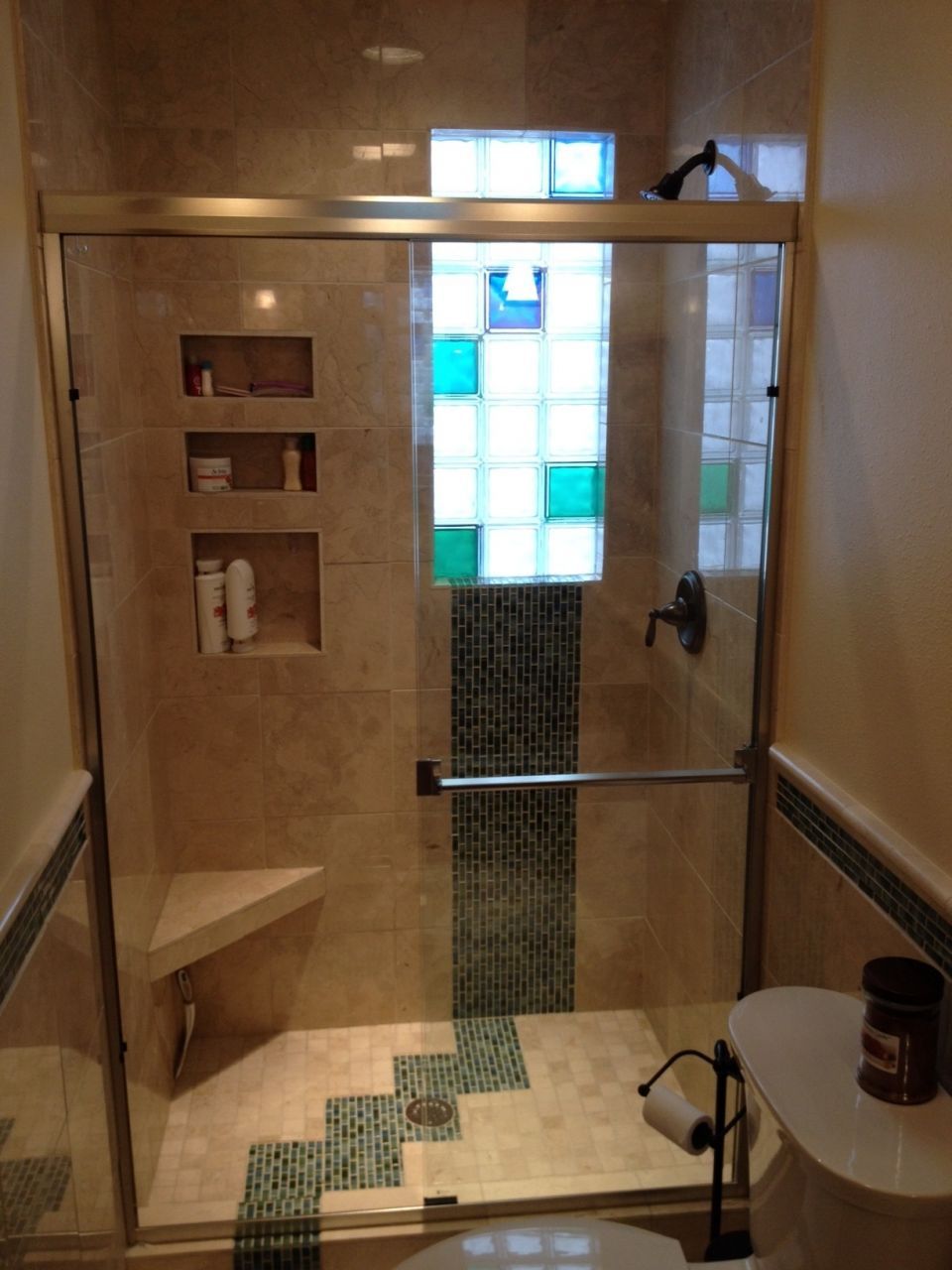 When Susanne Nonekowski walked into her old “master bathroom” she knew something had to be done! As Susanne said, “What kind of a master bathroom has a linen closet instead of a shower, no natural light (just dim amber colored lighting from two sconces) and an entry which doesn’t even come off of the master bedroom!”

The design, function and aesthetic just didn’t work for Susanne and Jeffrey Nonekowski. This is where the preparation and inspiration began to convert this 5’ x 8’ half-master bath into a luxurious spa-like experience. Learn below how preparation, inspiration and a bit of improvisation turned this half bathroom (n the Oregon suburb of Toledo Ohio) into a high-style bathroom you might find in a hotel.

The Nonekowski’s, along with their contractor Dennis Zurawksi, knew the old layout had to go. On the left side of the old bathroom was a large linen closet which would be replaced with a 60” x 34” shower. On the right side of the room was the entrance off a hallway. This entrance would be closed in and a new vanity placed in its spot. The new doorway would be created by cutting an opening in the master bedroom. To get light into the room the plan was to create a horizontal “transom” window opening in the shower.

While the structural design problems were a must to solve to improve function – Susanne was not just looking for improved function – she wanted a spa-like experience even in a 5’ x 8’ bathroom. A trip to The Tile Shop provided the genesis of the vision of the new master bathroom. Seeing Caribbean brick glass tiles being used in a striped pattern in a bathroom gallery connected with Susanne and provided inspiration for the entire room. To create the luxury high-end look she also chose a 12” x 12” Crema Marfile marble tiles for the walls and floor (note the floor tiles were “honed” to provide a safer walking surface and the wall tiles were supplied with a glossy finish).

In addition a Kraftmaid maple furniture grade vanity with a Quartz top was used which fit perfectly into the spot where the old doorway was.

Everything was going along great until the demo phase which threw a monkey wrench into the process.

Improvisation – a husband on the run!

While demoing the old bathroom Dennis Zurowski (the contractor) noticed the framing in the exterior wall where the colored glass block transom window would not permit the installation of a horizontally positioned transom style window. The question was – now what?

The idea was to turn change the orientation of the 24” x 56” window and position it vertically vs. the original horizontal layout. The direction of the Caribbean brick glass tiles would then be run vertically so they would “flow into” the glass blocks – creating an even cooler design than originally conceived. Sounds good so far but there still was a problem with this idea. The vertical oriented of the standard wave glass block pattern did not provide enough privacy. The solution was to “frost” one side of the glass blocks for privacy. So off Jeffrey went (like a good husband) to the Columbus Ohio location of Innovate Building Solutions to get the window frosted (see the new window below)!

Bathroom remodeling (at times) can be a roller coaster journey – but with the right amount of preparation, inspiration and a dash of improvisation the end result can be even nicer than the original vision.

What do you think about this 5’ x 8’ luxury bath design? Please comment below.