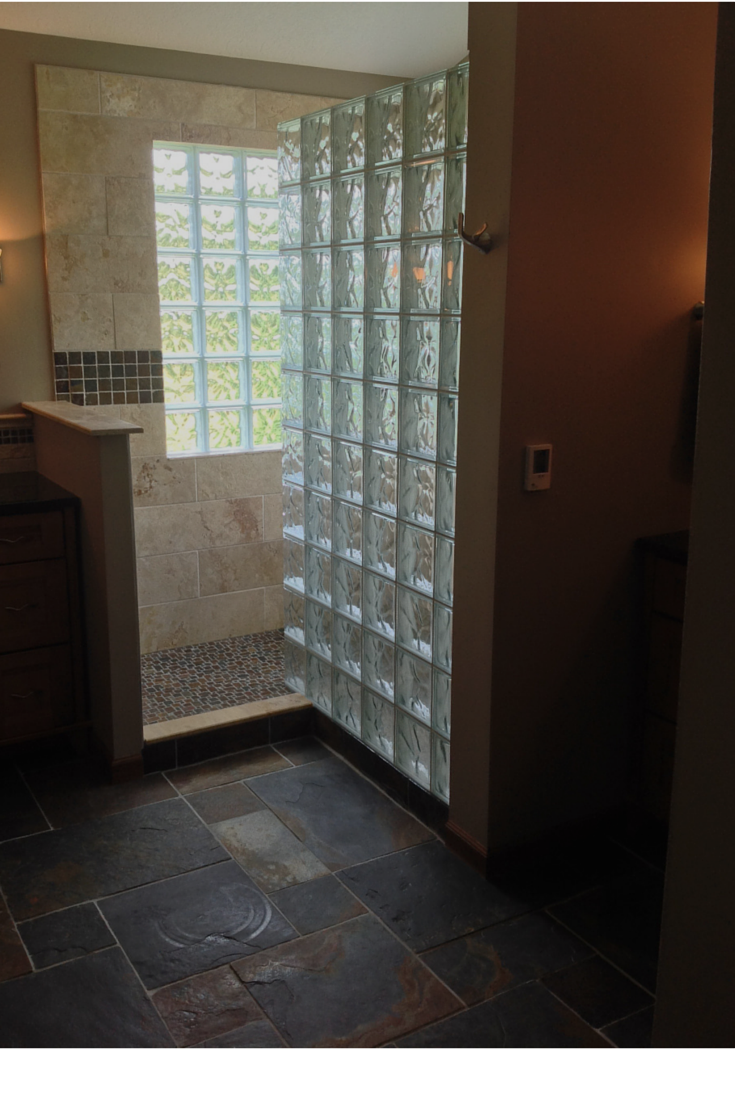 Caryn and Pat Knott just knew it was time for a change in their master bathroom. A room-eating soaking tub in the corner, curtains which blocked out the light in two large windows, and a small stand up fiberglass shower all screamed out the look of the 1990’s! Learn below 3 key steps Caryn and Pat (along with their remodeling contractor – Dan Skubak of Skubak Builders) used to transform this space into a more useful, light-filled and natural feeling master bathroom environment.

Step 1 – Reconfigure the space – Although there was plenty of space in the bathroom the stand up shower was too small and soaker tub was way too big (see the before image below). 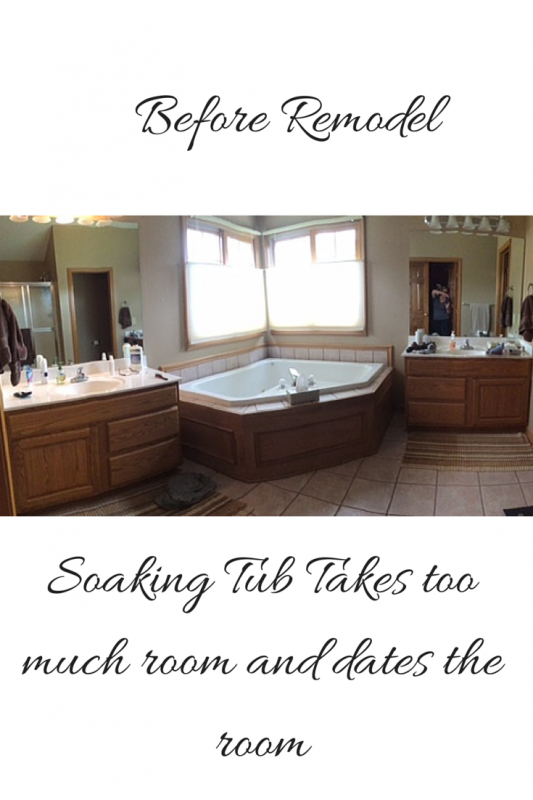 The decision was made to remove the tub and replace it with a contemporary door-less glass block walk in shower which was installed by the Columbus Glass Block division of Innovate Building Solutions. A 3 1/8” thick “wave” pattern glass block was chosen to maximize the space inside the shower, move a lot of light through the area and maintain privacy. 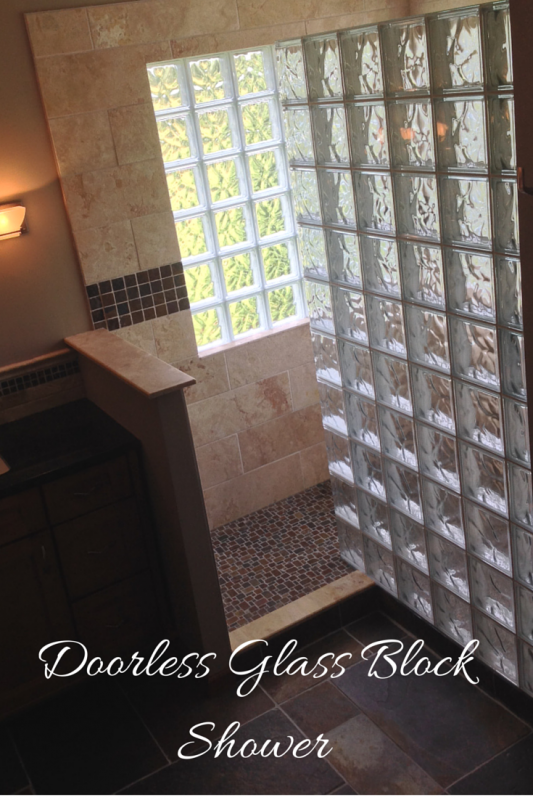 Step 2 – Creating a natural, earthy and comfortable bathroom and shower– Creating a homey, inviting feel for a master bathroom is critical given the amount of time spent in this room. These objectives were realized in this Westerville remodel by using the following products: 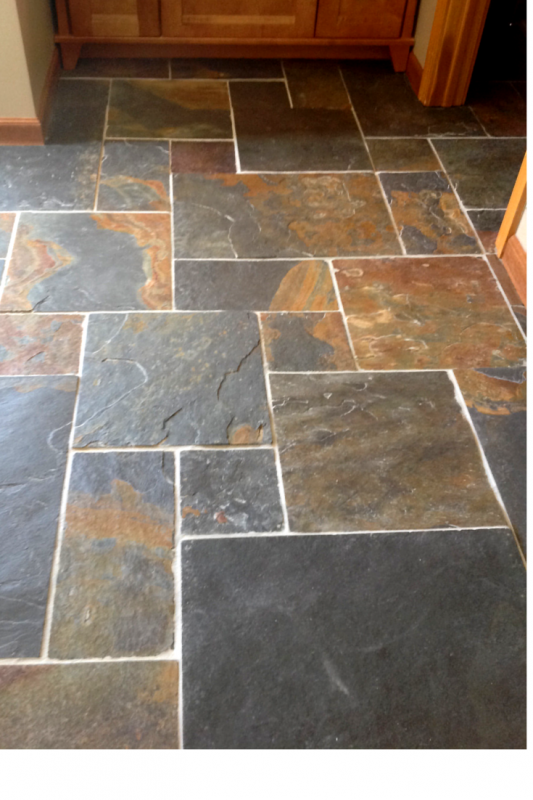 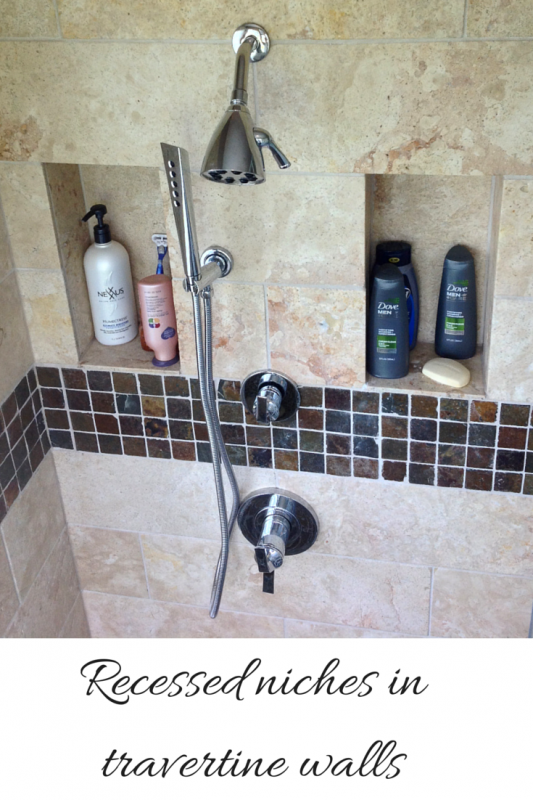 Step 3 – Gain privacy and light in the shower without curtains – With the redesign of this second floor bathroom there were two large windows which were located within the new shower space. In order to maintain privacy and maximize light, without the need for curtains, an obscure “wave” pattern glass block windows were chosen (note – if this was a first floor application a completely private frosted glass block would have been the likely choice). 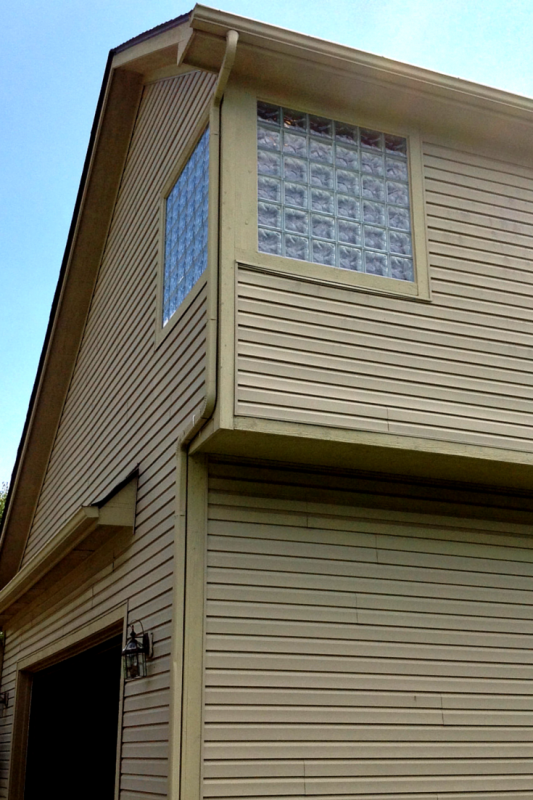 What do you think about Pat and Caryn’s master bath remodel? Please comment below.