5 Foolproof Ideas for a Shower Which Lasts – Don’t Get Fooled Again! 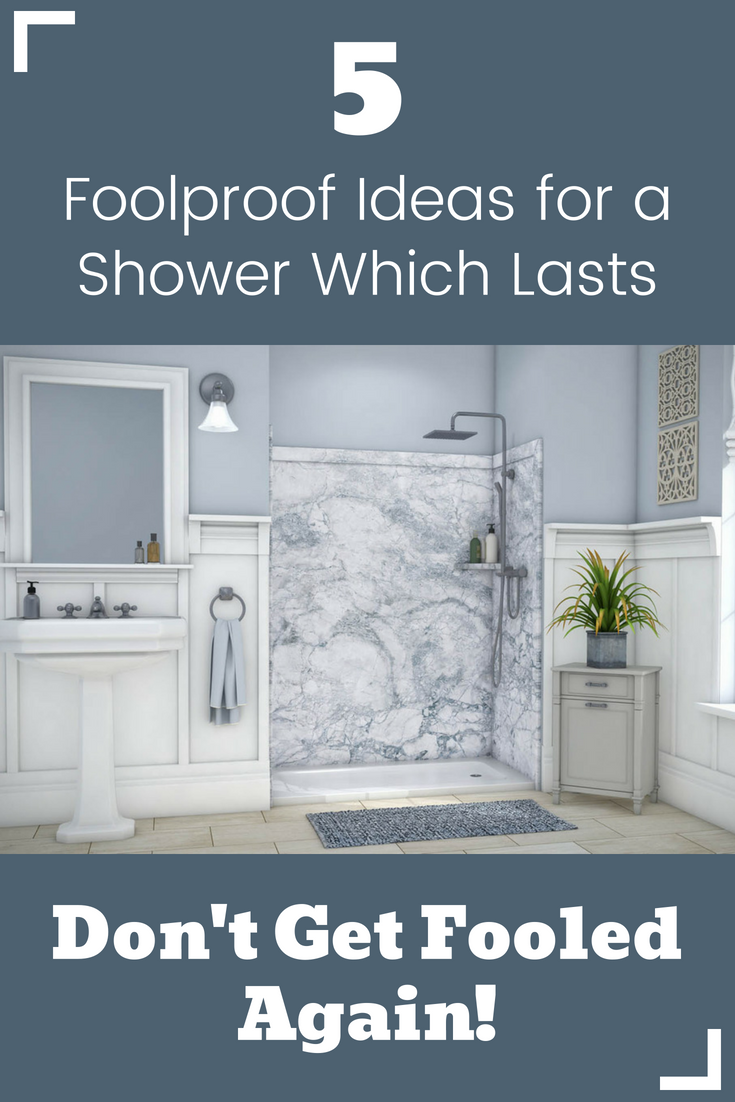 You’ve lived through a shower which was falling apart at the seams. You said you would not get fooled again. You’ve made these proclamations (sounds very official, doesn’t it?).

I will not put up with a cracked shower base which caused a leak onto our dining room table below.

I will not buy or own a home which has wafer-thin plastic wall panels. The last one yellowed and looked nasty.

I won’t own another ‘brown-ish’ shower pan I can’t get clean no matter what toxic solvent I use.

I will not get stuck cleaning the bottom track of a flimsy and pitted aluminum framed shower door ever again.

I will spend less money on disinfectants and fighting back mold problems in my next shower.

I will have a shower which will last me for the next 20 years – or it better, because as Dad used to say, “Money doesn’t grow on trees.”

You’ve heard the old saying, “fool me once shame on you, fool me twice shame on me.”

When it comes to shower remodeling, I will tell you (and I talk to people about shower remodeling every day) I’ve seen many people get fooled again. They have the best intentions to eliminate the nightmare which was their last shower. However, they get fooled and fall into ‘traps’ like these.

The question is – whether you are remodeling or building a new home – how do you make sure you don’t get fooled again with a shower which fails?

If the title of this article reminds you of the song by The Who titled, “We Don’t Get Fooled Again” – you might be an ever-so-slightly graying 70’s rocker like me. And I’ll fess up and say I’m a guy in the late 70’s who sported a ‘quasi-mullet’ as well. But no, I’m not sharing a picture of my mullet here. While this Who song was not exactly written with shower remodeling in mind, I’ve still included a video below to get you in the spirit of the ‘new revolution’ of a new shower – so you won’t be fooled again.

In this article I’ll present 5 foolproof ideas to help you get a stylish shower which looks sharp and lasts, so you won’t be fooled again. My list is not comprehensive. At the end of the article add your ideas 6,7 and 8. Let’s learn from one another.

Idea #1 – If you choose a new shower wall surround system other than fiberglass make sure the ‘new boss’ isn’t the same as the ‘old boss.’ It’s not a pain to maintain and doesn’t look ugly.

You have the desire to get rid of the dingy and cheap fiberglass shower (the ‘old boss’ you might call in the words of this Who song) and you’re looking to invest in a ‘new boss,’ (i.e. a new shower system which actually looks nice and isn’t a pain to maintain).

Here’s a smart idea to make sure the ‘new boss’ (your new shower surround) isn’t as bad to maintain as the old boss (your old fiberglass shower). Invest in a high-quality wall panel system. There are now 3/8” thick solid surface or cultured stone wall panels, ¼” thick decorative faux stone panels and even (coming soon to the United States) these stylish laminate shower wall panels. Grout free shower panels do not have to be the cheap ones of the past.

With this being said, I will tell you, you’ll often have to fight with your new home builder or remodeler to use ‘something new.’ Mind you – these panels really aren’t something new – but they often are for your builder. Get help from your shower panel supplier who can talk your fearful builder ‘off the ledge’ of their panic of using something new.

Cleaning the bottom tracks of framed shower doors is a major hassle. It’s a job you wouldn’t wish on your worst enemy, but if it must be done you’d like to dump it off on another family member. The reason most builders slap-in these framed doors in new homes is they are low cost (OK – let’s call it what it really is – they’re cheap). If you want a shower which lasts, DO NOT use a 1/8” thick shower door with a frame and track at the bottom. Here’s four better ideas for you. 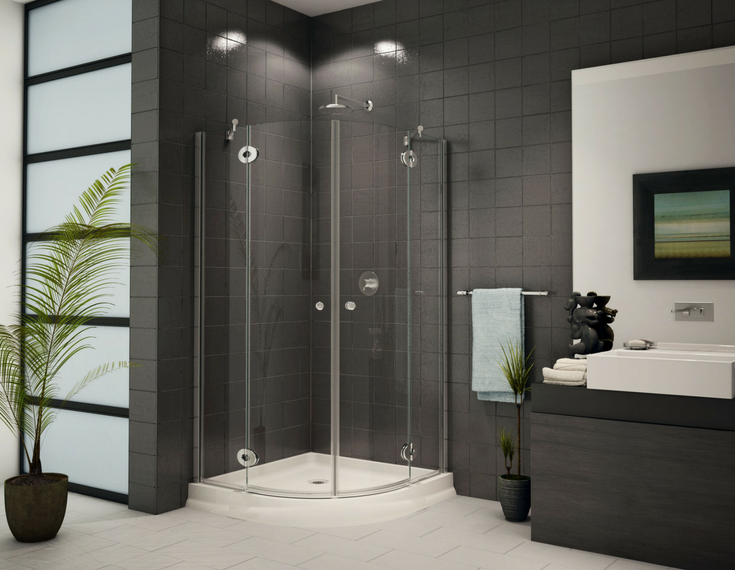 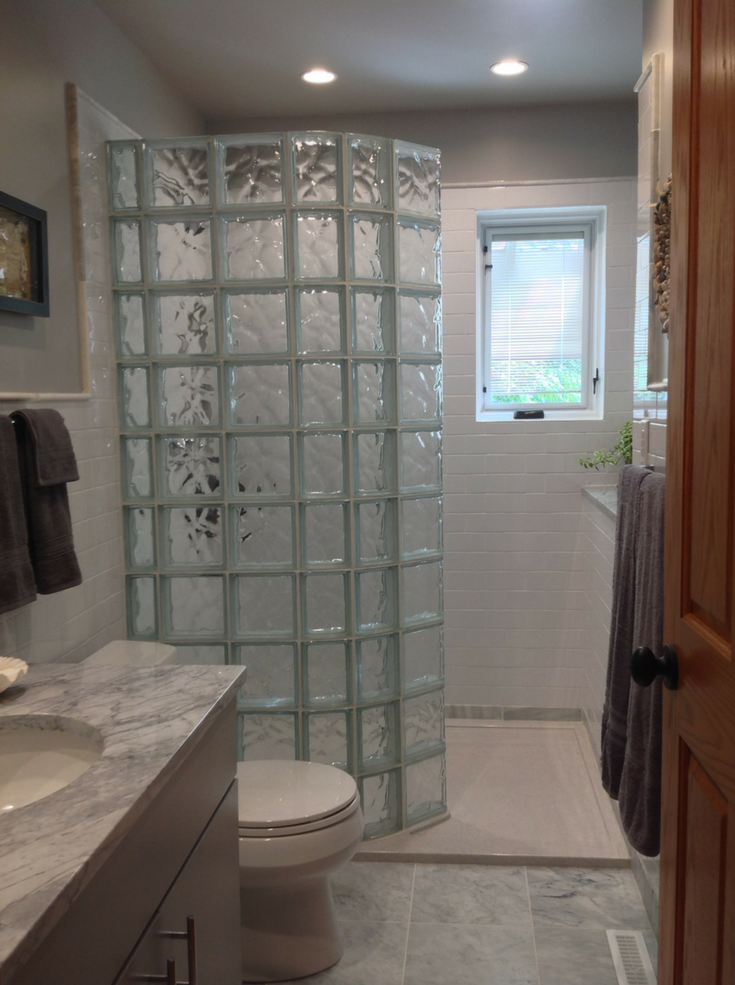 Remodeling a bathroom or building a new home is a BIG expense (you’re probably saying right now, “Mike – tell me something I don’t know). What can be beyond frustrating is designing a glamorous spa bathroom only to encounter a difficult life-event.

For example, it may be unsafe for Mom and Dad to live on their own due to mobility problems and they will be moving in with you. Or one of your family members has an accident and needs a low barrier shower. Perhaps they’ll need a roll under vanity for their wheelchair. You come to the realization the beautiful bathroom you recently put in will have to be removed.

The key is to think long term in your shower design, while not compromising style. The key is to create a ‘universal design.’ Not sure what universal shower design is? Simply it’s design which can accommodate everyone from grandkids to grandparents. Here’s important features to include in a universal designed shower which won’t cost any more– but can save you from expensive remodels later: 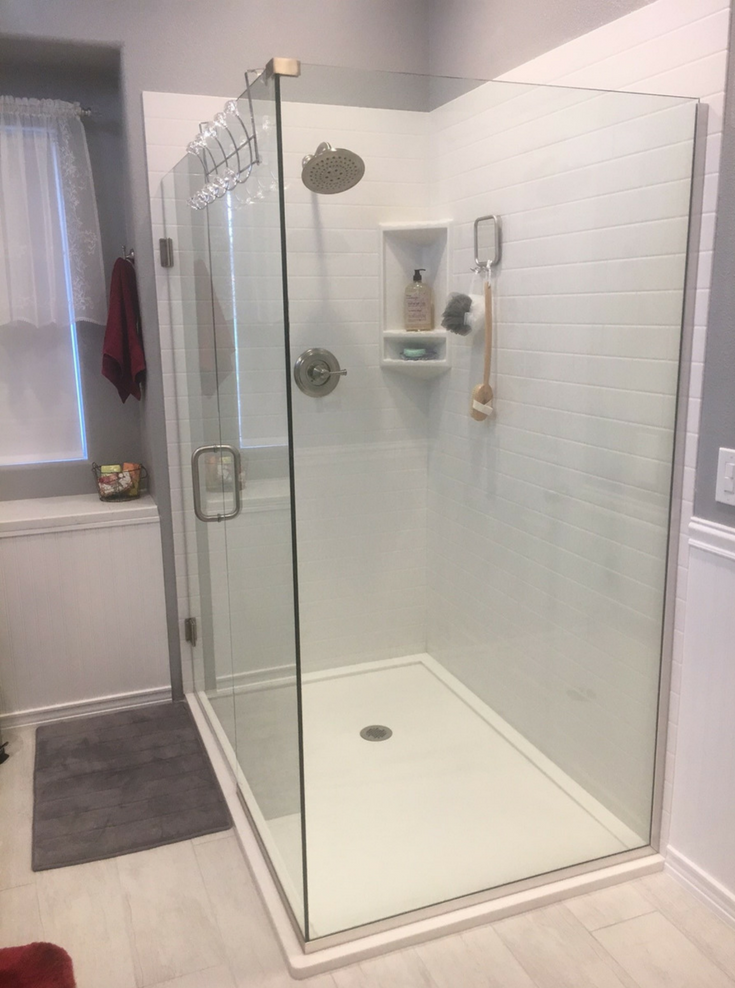 Idea #4 – Get serious help to tame the ‘tile grout monster’

Much as you may want to dump every drop of grout from your new bathroom, most showers (and the bathroom floors which surround them) use tile. With tile, comes his evil stepbrother (or stepsister – I want to be politically correct here) – grout. Here’s strategies to fight-back against future grout problems? 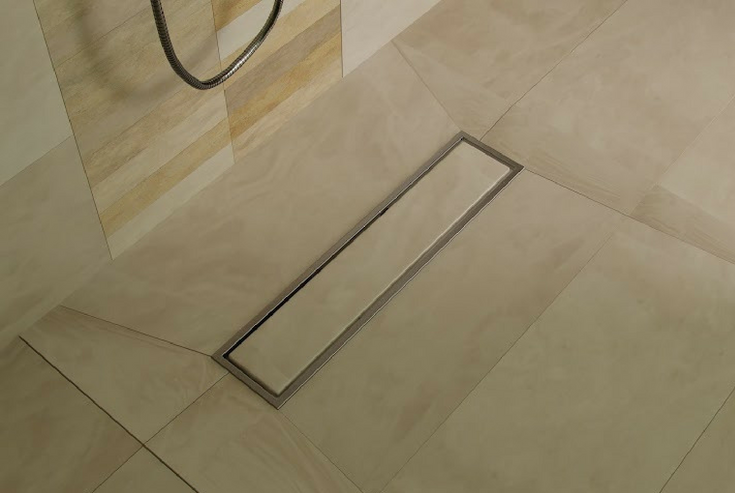 Idea #5– Don’t ‘get on your knees and pray’ for a mold-free shower. Do focus on improved ventilation, a more thoughtful creation and commit to a new constitution.

A moldy bathroom is nasty. A moldy bathroom is a health problem waiting to happen (anyone who has dealt with coughing, wheezing, eye or skin irritation knows what I’m talking about). How can you make sure you design a mold-free shower? Here’s a few tips: 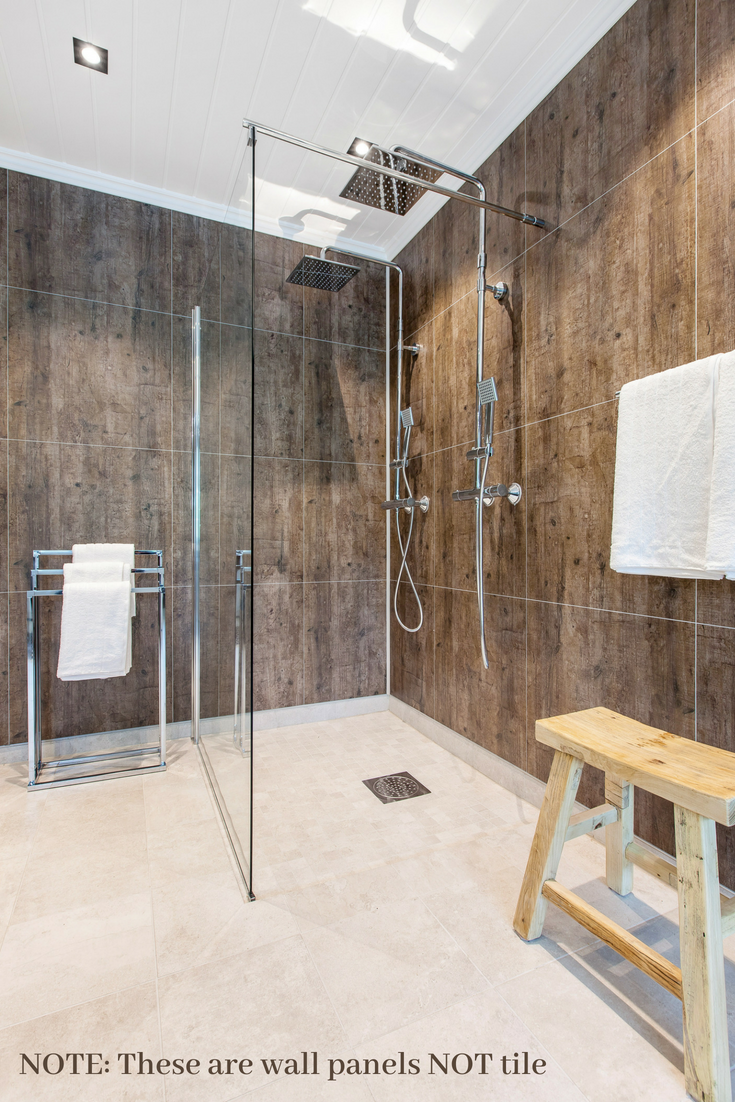 Let’s face it – showers are a place you and I can simply not escape (unless you’re an 11-year-old boy who lies to his parents about showering). Whether you’re remodeling an old shower or creating a brand new one, don’t be fooled again with one which looks nasty and doesn’t live well.

How can I (or a member of my team) help you?

If you’re struggling with a bathroom or shower remodeling project I (and my team) would love to help. For assistance and factory-direct product supply of grout free shower wall panels, shower bases and glass enclosures nationwide contact Innovate Building Solutions at 877-668-5888. For a bathroom remodeling project in Northeast Ohio call Cleveland Design and Remodeling at 216-658-1270 or The Bath Doctor in Columbus at 614-252-3242.

If you want to connect with me and/or learn more about remodeling, but don’t want to put up with my wacky humor (I get it). Follow me on Twitter @Mike Foti, or my companies @InnovateBuild or @InnovateHomeOrg.