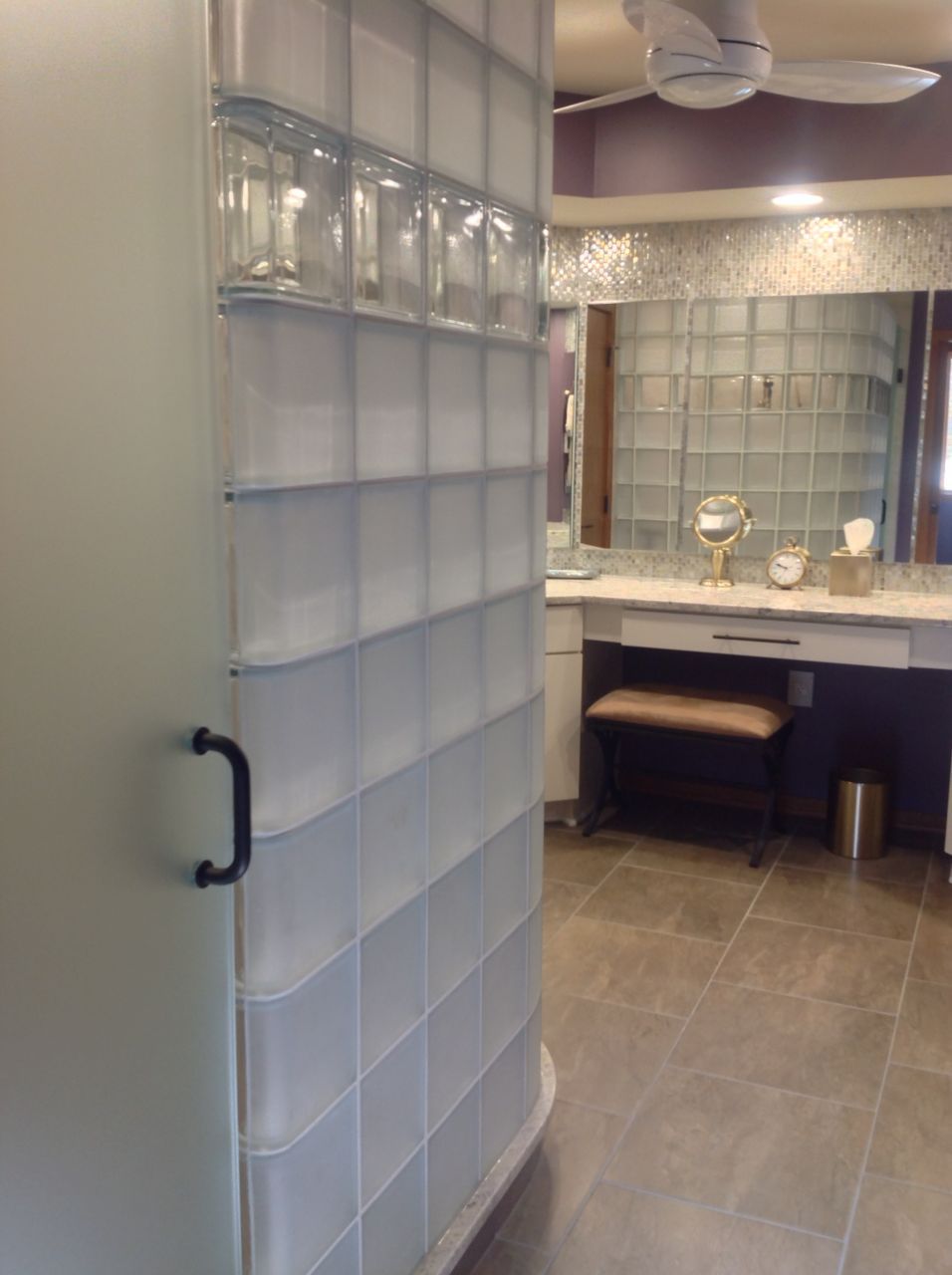 Here’s two things you can count on. First, bathroom styles can and do change. Second, the design and products in your bathroom will need to change to keep pace with how you’ll want to use the space.

Both of these realities became apparent to Chris and Cindy McGovern after they moved into their Columbus Ohio home. While the size of the bathroom was large enough, the 1990’s look (it had a large Jacuzzi tub) and small stand up shower just wasn’t going to work. When I talked to Cindy about the Jacuzzi tub she said, “I used it one time. I felt like I was going to sink into the darn thing it was so big. Instead of this tub being something I would enjoy it looked like a lot of work to me!” 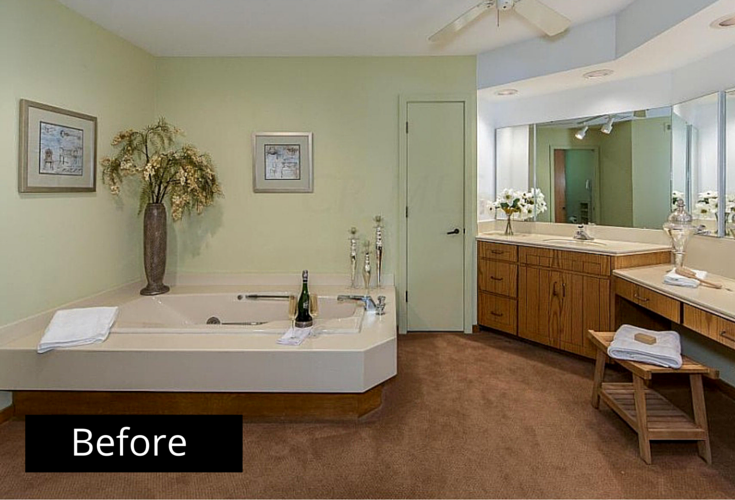 In addition the shower was a tiny 3’ x 3’ space which would be needed every day. As Chris said to me, “Mike – we wanted a finished bathroom which was cool yet functional and complimented our lifestyle. We did not want a finished space which was so slick that it would go out of style in a year. My wife Cindy wanted this place to feel like a spa. So we called in our A-team designer Marilyn Livingston -who really gets us – to help out.”

In the article below we’ll look at 3 ideas Marilyn, Cindy and Chris along with their builder Fred Ritchey of Ritchey Construction used to create a timeless, functional and spa-like master bathroom design.

Idea #1 – Make the bathroom bright with light, airy and calming for a spa like experience

When I think of a spa my mind goes to the sea, the feel of the ocean breezes on my face and warm sand under my feat. While bringing a bunch of sand in and putting it on the floor of this Columbus Ohio master bathroom might not be the best idea, there are some fun and practical products Marilyn recommended to Chris and Cindy which brought in a spa like atmosphere. 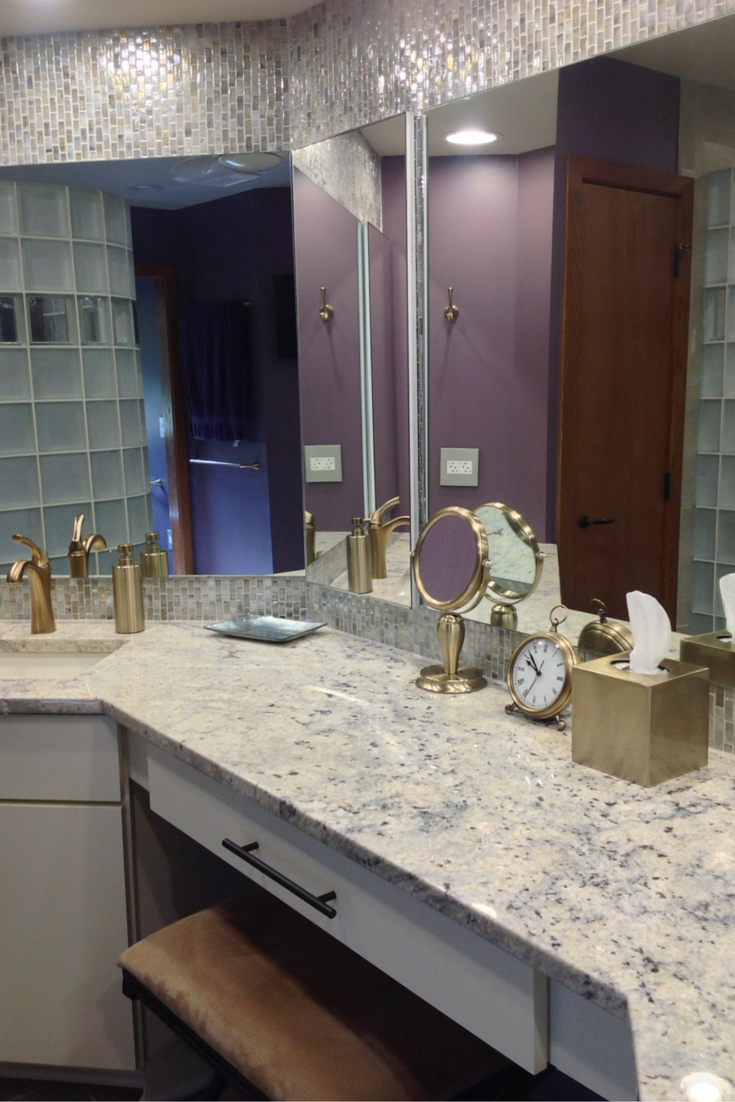 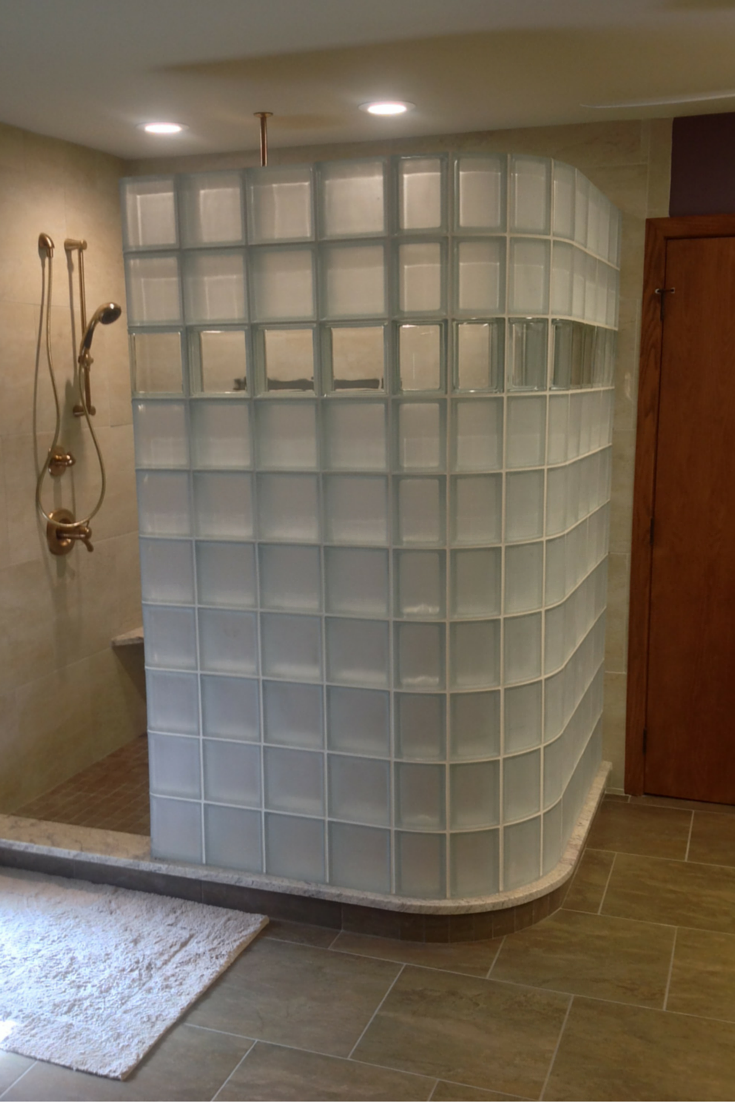 Bathroom styles can and do change. In the 1990’s we loved shows like Seinfeld and if you’re like me you remember the episode about the “big salad.” Also during this time another big thing was the Jacuzzi tub in the bathroom. As lifestyles are more hectic people now see these tubs as massive space-wasting dust-collecting monstrosities. As Marilyn of Living Interiors said to me, “For today’s upscale owner it’s all about the big shower. We are using this space everyday so it’s critically important to have it roomy and comfortable.” Here’s 2 key product decisions which make this large shower work for Chris and Cindy: 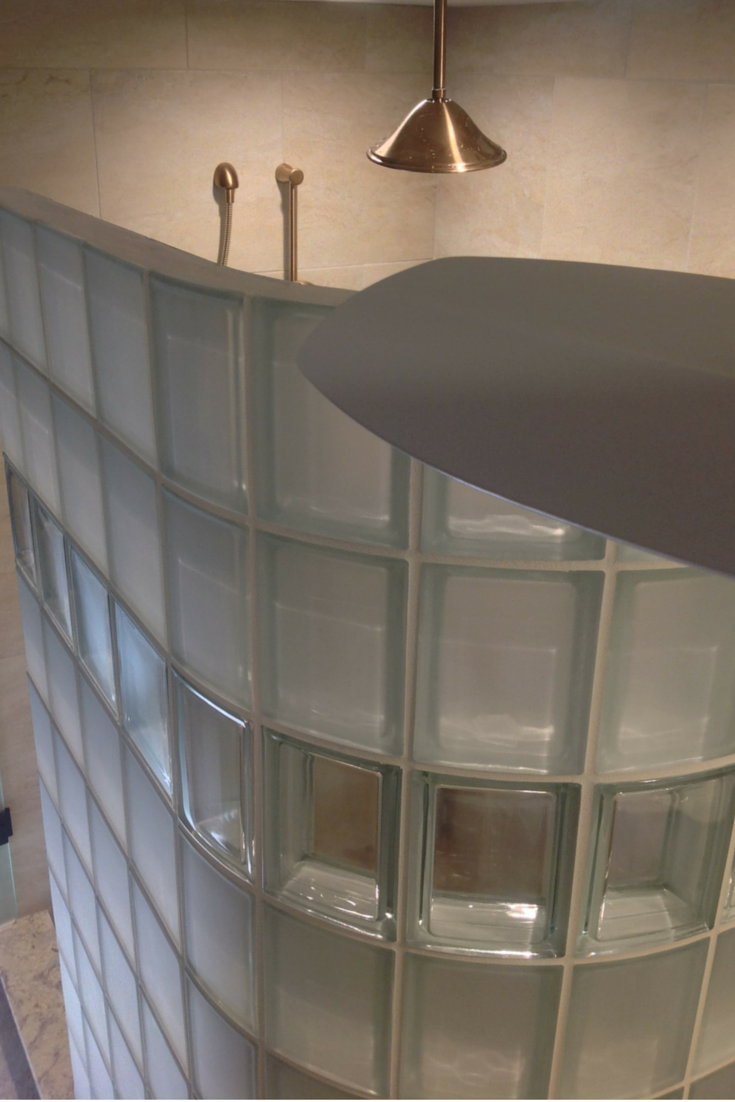 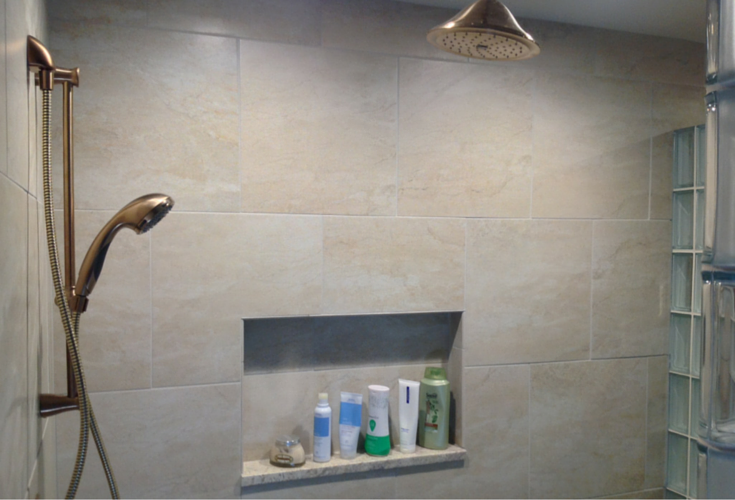 You know good design when you’re living in it (your bathroom) or using it (your smart phone). Good design makes life simpler, more comfortable and more organized. Here’s some design elements which make the McGovern’s showering and bathroom experience better. 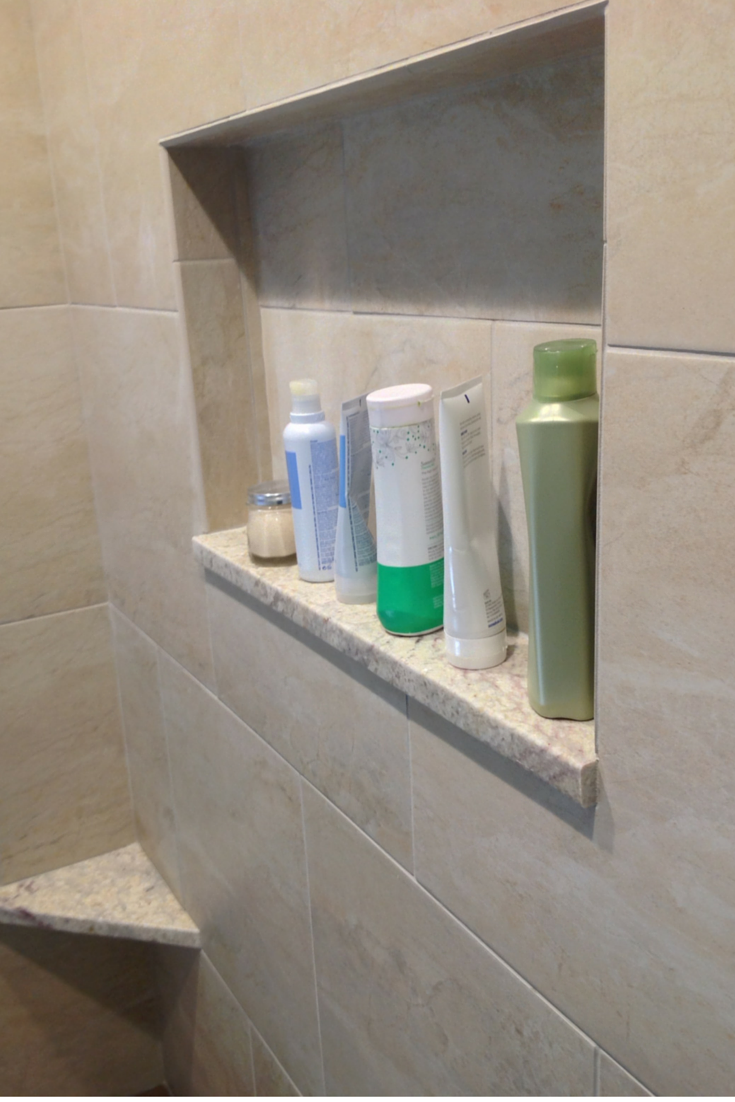 Does your bathroom desperately need to get out of the 1990’s? Would it benefit from a timeless and more comfortable design? Do you dream about having your own spa shower? Comment below or call the professional contractors, interior designer and nationwide wholesalers on this project to improve the style and function of your bathroom.

Here’s some numbers to call: